The Symbolism of The 3 Christmas Masses

Next to Easter, Christmas is the holiest day of the year. And just as we celebrate Easter as a Triduum of connected liturgies (Holy Thursday, Good Friday, and the Easter Vigil), so at Christmas we have something like a triduum of Masses.

There are three Masses celebrated on Christmas Day: one at midnight, one at dawn, and one during the day. Each Mass is distinct and highlights a different aspect of the Christmas story.

According to tradition, Jesus was born in Bethlehem at midnight. (This tradition is recalled in the beautiful St. Andrew Christmas Novena.) The Church celebrates the first Christmas Mass at midnight to honor the very hour that our Savior came into the world to save us. The darkness at midnight also parallels humanity's condition of spiritual darkness as the world awaited the radiant birth of the promised Messiah.

The Responsorial Psalm proclaims the joyful tidings of the Angel: "Today is born our Savior, Christ the Lord." The Gospel reading for this Mass tells the first part of the Christmas story from the Gospel of Luke, when Baby Jesus is born and the Angels herald the Good News to the shepherds tending their flocks. Therefore this Midnight Mass is traditionally referred to as "The Angel's Mass." 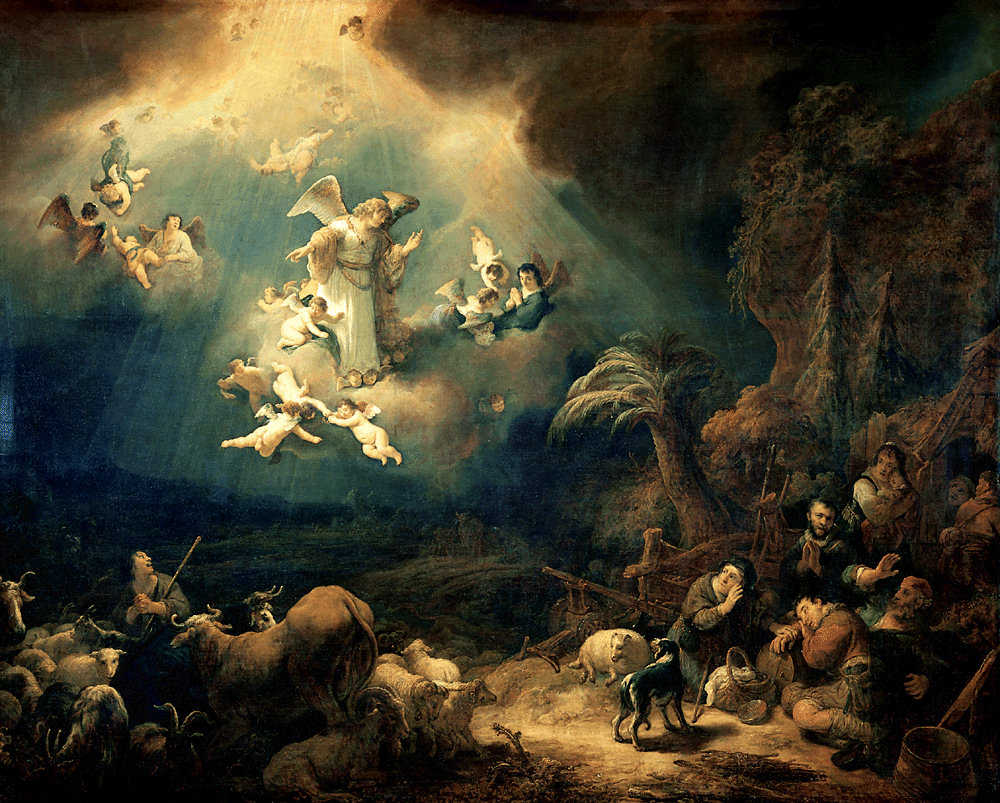 I proclaim to you good news of great joy: today a Savior is born for us, Christ the Lord.R. Alleluia, alleluia.

. . . And Joseph too went up from Galilee from the town of Nazareth  to Judea, to the city of David that is called Bethlehem, because he was of the house and family of David, to be enrolled with Mary, his betrothed, who was with child. While they were there, the time came for her to have her child, and she gave birth to her firstborn son. She wrapped him in swaddling clothes and laid him in a manger, because there was no room for them in the inn.

Now there were shepherds in that region living in the fields and keeping the night watch over their flock. The angel of the Lord appeared to them and the glory of the Lord shone around them, and they were struck with great fear. The angel said to them, "Do not be afraid; for behold, I proclaim to you good news of great joy that will be for all the people. For today in the city of David a savior has been born for you who is Christ and Lord. And this will be a sign for you: you will find an infant wrapped in swaddling clothes and lying in a manger." And suddenly there was a multitude of the heavenly host with the angel, praising God and saying: "Glory to God in the highest and on earth peace to those on whom his favor rests."

The second Christmas Mass is celebrated at dawn. Sacred Scripture draws a parallel between Christ and the sun; as the sun begins to rise over the darkness of the land, it calls to mind how Jesus, the Light of the World, dispelled the darkness of sin and death at His birth.

The Responsorial Psalm highlights this theme: "A light will shine on us this day: the Lord is born for us." The Gospel reading for this Mass continues the Christmas story from the Gospel of Luke. After the Angel announces the Good News to the shepherds, the shepherds hasten to Joseph and Mary to worship the Christ Child. The shepherds then joyfully proclaim the Good News to others. Therefore Christmas Mass at Dawn is traditionally referred to as "The Shepherd's Mass." 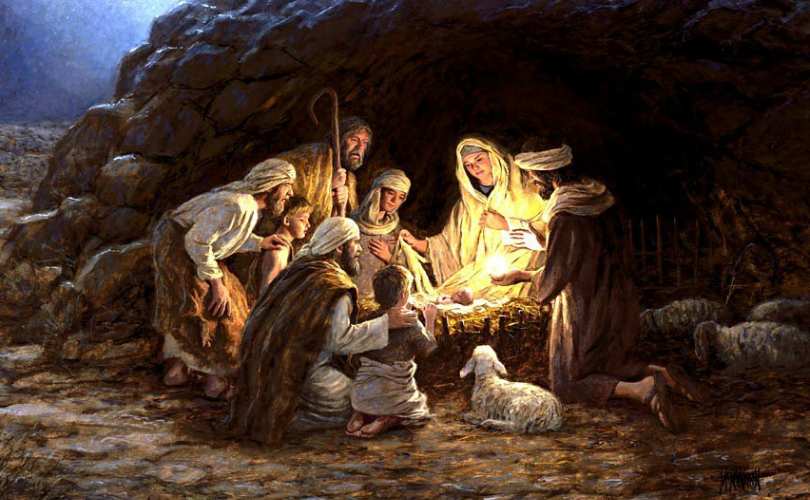 Glory to God in the highest, and on earth peace to those on whom his favor rests.R. Alleluia, alleluia.

When the angels went away from them to heaven, the shepherds said to one another, "Let us go, then, to Bethlehem to see this thing that has taken place, which the Lord has made known to us." So they went in haste and found Mary and Joseph, and the infant lying in the manger. When they saw this, they made known the message that had been told them about this child. All who heard it were amazed by what had been told them by the shepherds. And Mary kept all these things, reflecting on them in her heart. Then the shepherds returned, glorifying and praising God for all they had heard and seen, just as it had been told to them.

The final Christmas Mass is celebrated in the fullness of daylight, signifying that the promised Son of God has now been revealed to the whole world.

The Responsorial Psalm for this Mass declares this by saying: "All the ends of the earth have seen the saving power of God." The Gospel reading is a call for all people and nations to worship the newborn King of Kings. Therefore this Mass is traditionally referred to as "The King's Mass." 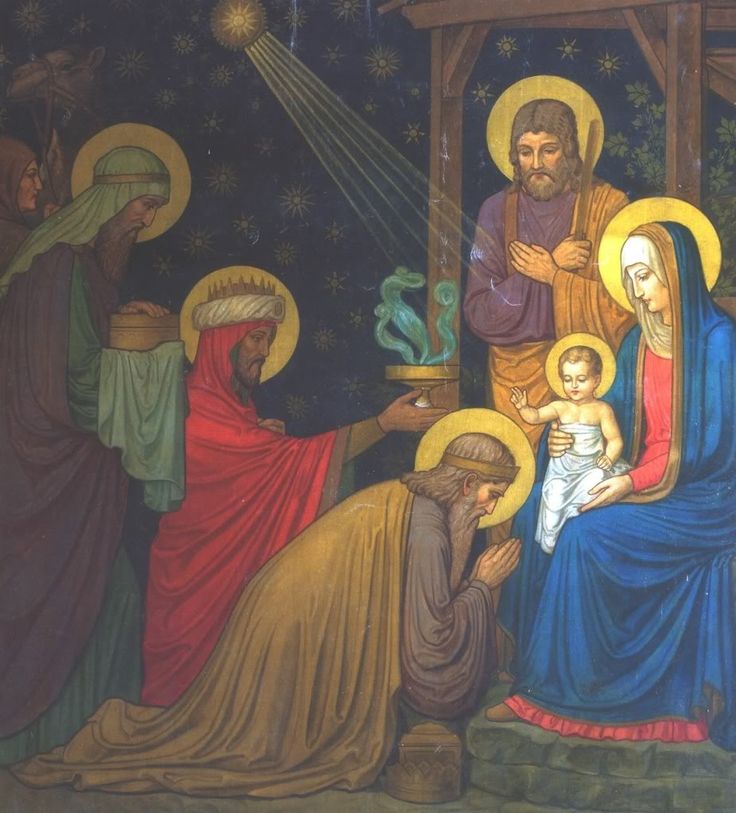 A holy day has dawned upon us. Come, you nations, and adore the Lord. For today a great light has come upon the earth.R. Alleluia, alleluia.

But to those who did accept him he gave power to become children of God, to those who believe in his name, who were born not by natural generation nor by human choice nor by a man's decision but of God. And the Word became flesh and made his dwelling among us, and we saw his glory, the glory as of the Father's only Son, full of grace and truth. John testified to him and cried out, saying, "This was he of whom I said, 'The one who is coming after me ranks ahead of me because he existed before me.'" From his fullness we have all received, grace in place of grace, because while the law was given through Moses, grace and truth came through Jesus Christ. No one has ever seen God. The only Son, God, who is at the Father's side, has revealed him. 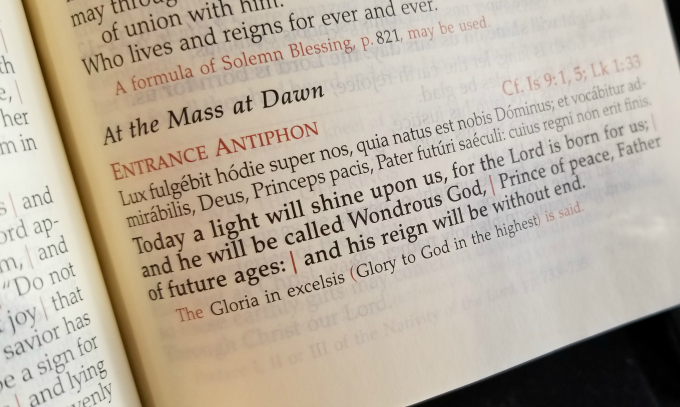 No matter which Christmas Mass you attend, you can flip through your Missal and read all of the Christmas liturgies in order to celebrate the fullness of the Church's joy at the birth of our Savior.

Which Christmas Mass do you usually attend with your family?

Please reply in the comments below! 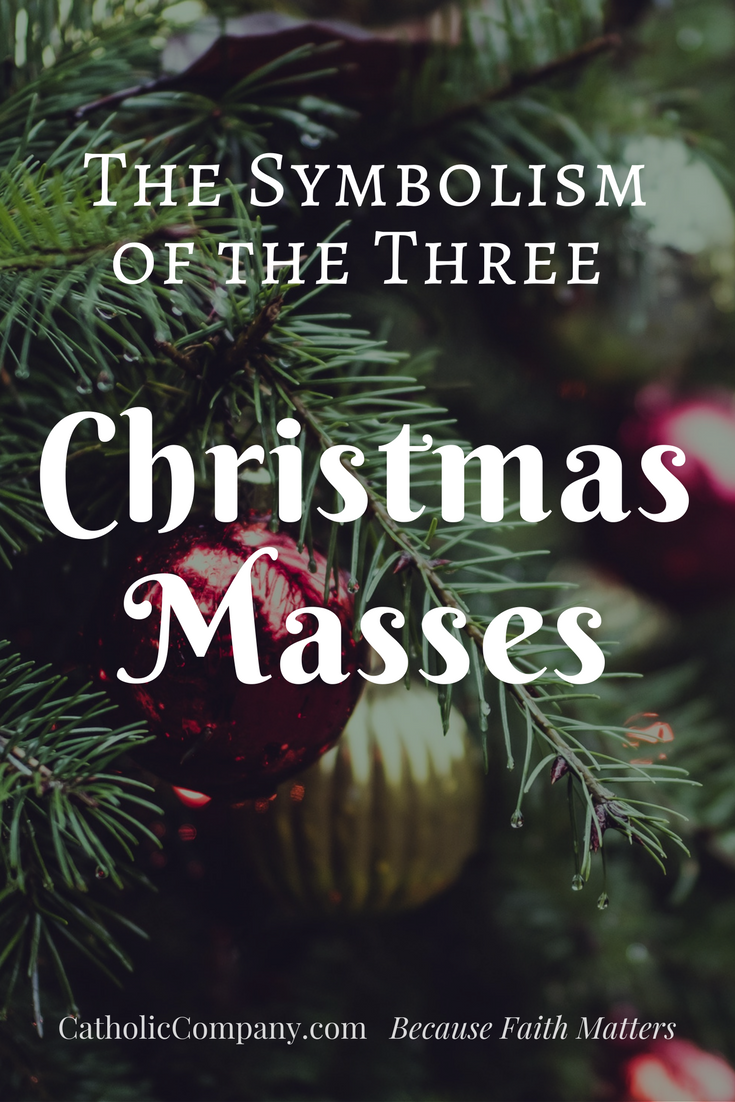 Donna says
Dec 23 2019 4:42PM
I cannot begin Christmas without the Mass. I love midnight Mass but I’m too sleepy! Therefore, with all the children, we usually go to an early Christmas morning Mass.

Christopher says
Dec 23 2018 8:02PM
I had never heard of the dawn mass/shepherds' mass before! This needs to be promoted!

Aaron DeWitt says
Nov 15 2018 9:18PM
Last year I attended the midnight and morning mass. I then realized there was a difference. It was awesome. I did not realize there were three different masses. From now on I will have to try to attend all three. Super awesome!!!

Carolyn Hartshorn says
Dec 29 2017 9:27AM
The symbolism of the three Christmas masses is something I never knew and I have been a Catholic for 77years. I am a faithful Catholic never missing Sunday mass. This symbolism should be made known more as most churches have several masses on Christmas Eve and day. Also, the readings and gospels become more enlightening.

Charlotte says
Dec 23 2017 8:14PM
I wish there were a Mass of the Shepherds to attend but sadly most parishes cancel that one because of poor attendance. We attended one a few years in a row before that priest cancelled it. Our only option on the day is the Mass of the Kings.

Donna says
Dec 21 2017 9:22PM
I love ?? this! Such a beautiful reminder of our Savior ‘s birth and the true meaning of Christmas ? #keepchristinchristmas

Rose Frey says
Dec 21 2017 4:24PM
This is beautiful..Sending it to a friend interested in becoming catholic.
Click to view comments