Those who followed her life, mission and cause remember the anticipation of waiting for the day...the day Mother Teresa of Calcutta was declared a saint.

December 17, 2015 (his birthday!) was the day that Pope Francis approved the second miracle needed for Mother Teresa's cause for canonization. The news spread like wildfire. Excitement built leading up to her canonization day, September 4th, with September 5th being her feast day and the anniversary of her passing into eternal life. And now, years later, we can all call her our beloved SAINT Mother Teresa!

But do you know what paved the way for her cause? Do you know what miracle occurred which confirmed God's extraordinary blessing on this unforgettable woman, and propelled her canonization forward?

Read the circumstances of the second approved miracle below: 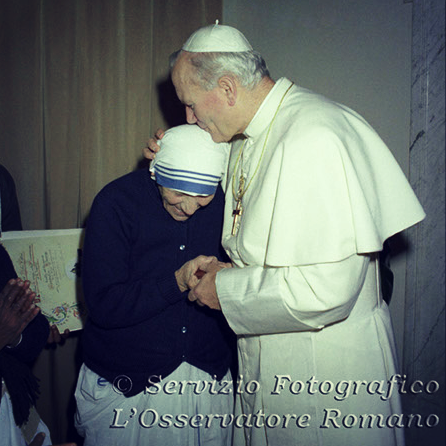 VATICAN CITY (CNS) — Pope Francis has approved a miracle attributed to the intercession of Blessed Teresa of Kolkata, thus paving the way for her canonization.

Pope Francis signed the decree for Blessed Teresa’s cause and advanced three other sainthood causes Dec. 17, the Vatican announced.

Although the date for the canonization ceremony will be officially announced during the next consistory of cardinals in February, Archbishop Rino Fisichella, president of the Vatican office organizing the Holy Year of Mercy events, had said it would be Sept. 4. That date celebrates the Jubilee of workers and volunteers of mercy and comes the day before the 19th anniversary of her death, Sept. 5, 1997.

The postulator for her sainthood cause, Father Brian Kolodiejchuk of the Missionaries of Charity, said the second miracle that was approved involved the healing of a now 42-year-old mechanical engineer in Santos, Brazil.

Doctors diagnosed the man with a viral brain infection that resulted in multiple brain abscesses, the priest said in a statement published Dec. 18 by AsiaNews, the Rome-based missionary news agency. Treatments given were ineffective and the man went into a coma, the postulator wrote.

The then-newly married man’s wife had spent months praying to Blessed Teresa and her prayers were joined by those of her relatives and friends when her dying husband was taken to the operating room Dec. 9, 2008.

When the surgeon entered the operating room, he reported that he found the patient awake, free of pain and asking, “What am I doing here?” Doctors reported the man showed no more symptoms and a Vatican medical commission voted unanimously in September 2015 that the healing was inexplicable.

St. John Paul II had made an exception to the usual canonization process in Mother Teresa’s case by allowing her sainthood cause to be opened without waiting the usual five years after a candidate’s death. He beatified her in 2003.

The order she started — the Missionaries of Charity — continues its outreach to the “poorest of the poor.”

Among the other decrees approved Dec. 17, the pope recognized the heroic virtues of Comboni Father Giuseppe Ambrosoli, an Italian surgeon, priest and missionary who dedicated his life to caring for people in Uganda, where he also founded a hospital and midwifery school before his death in 1987. His father ran the highly successful Ambrosoli honey company.

Born in 1800, the lay Catholic doctor was the father of 10 children and dedicated much of his activity to providing medical care to the poor. He was also involved in public service, even serving in the German parliament. He founded the St. Francis Xavier Mission Society in Germany and the “Giuseppino” Institute for those suffering from incurable illnesses. He died in 1882. 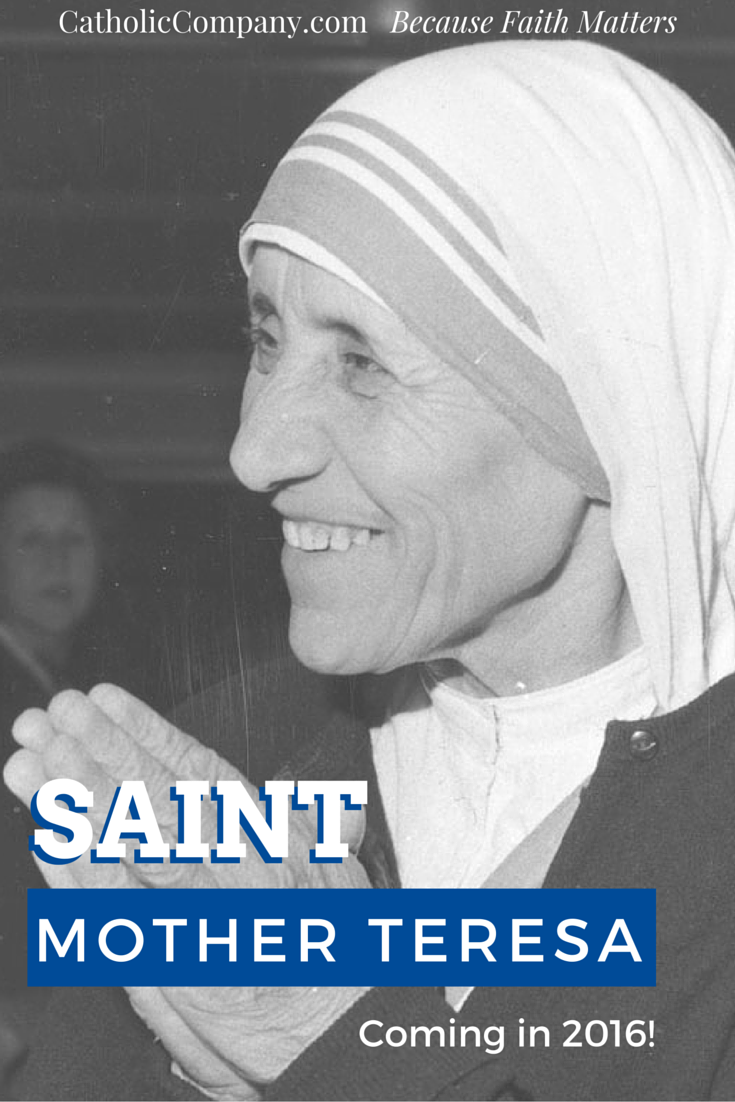 Gene Wilhelm says
Aug 20 2016 9:09AM
Mother Teresa is my hero and I share the same birthday as hers.I pray to her every day.

Liza Divinagracia-Bertol says
Aug 19 2016 5:38AM
O Blessed Mother Teresa of Calcutta, please help us live our lives as holy as we should.

Flora Hall says
Aug 18 2016 7:36PM
Thank God for this year of mercy and for Mother Theresa please pray for us all and for our country .

Mary Catherine Gubbons says
Dec 21 2015 4:52AM
Thanks be to God through His saints and their lives especially those within our life time. What a blessing and sign of hope for us who are still on our journey to sainthood. Praise & thanks be to our loving, merciful, and most gracious God now and forever. Amen.