On June 22, the Catholic Church celebrates two great English saints and martyrs: one a bishop, the other a lawyer and family man. Both of these saints lived out their vocations faithfully and gave up their lives for the sake of the Catholic faith.

Thomas More (1478-1535) worked as a lawyer and studied at Oxford. He considered the religious life, but found that his vocation was to marriage and family. Eventually he was appointed Lord Chancellor of England, the highest ranking member of the king's cabinet, in 1529.

Eventually Thomas More's friend, King Henry VIII, began to pull away from the Catholic Church, desiring a declaration of nullity for his marriage to Catherine of Aragon. The Church did not find the marriage invalid. In 1530, Thomas More refused to sign a letter from the King asking the Pope to declare the marriage to Catherine invalid. More also refused to sign an oath that acknowledged the monarch as the Supreme Head of the Church. His refusal to assent to this act of Supremacy landed him in prison in 1534. After many attempts to persuade More to change his mind (attempts made by those close to the King and even by More's own wife and daughter who wanted to prevent his death), his persevering refusal resulted in execution by beheading.

Saint John Fisher was born in Beverly, Yorkshire, in 1459, and educated at Cambridge University where he became a proctor. In 1497, he was appointed confessor to Lady Margaret Beaufort, mother of Henry VII. During this time he became close to the family and assisted in their endowments to Cambridge, creating scholarships and introducing Greek and Hebrew into the curriculum. In 1504, he became Bishop of Rochester and Chancellor of Cambridge, in which capacity he also tutored Prince Henry who was to become Henry VIII. From 1527, Saint John Fisher actively opposed the King's divorce proceedings against Catherine. Like More, he steadfastly resisted the encroachment of Henry on the Church and refused to take the oath of succession which acknowledged the issue of Henry and Anne as the legitimate heir to the throne. For this he was imprisoned in the tower in April 1534. The next year he was made a Cardinal by Paul III. Many say that King Henry retaliated by having him beheaded within the month.

Both of these humble servants of God made their mark on the Church and all of humanity by their examples of fidelity and love of God.

The following is an excerpt from a speech given by Judge Robert J. Conrad to the Saint Thomas More Society and Guests following the Red Mass in Charlotte, North Carolina on October 25, 2018. The speech was entitled “Saints Thomas More and John Fisher: Keeping Their Souls While Losing Their Heads”:

"...More and Fisher followed different career paths. Each rose to the pinnacle of success in his profession. At every stage there is a separation from the crowd in terms of distinction. More became the brilliant lawyer. We might look at his career from an American constitutional perspective and say that he served at the highest levels of each branch of government: the legislative, judicial and executive. Fisher founded two colleges at Cambridge, was president of another, and was chancellor of Cambridge University in addition to being a Cardinal of the Catholic Church.

Second, to the young students and lawyers here, concerned with getting to the next step—getting into the best law school, making law review, getting the firm's offer, making partner, being nominated for or winning election to office. More and Fisher's lives seem to stand for something else; for the proposition that the purposeful life is accomplished more by performing well the tasks set before them rather than anxiously anticipating the next thing. More for example, when called upon, was a brilliant foreign ambassador, a respected high-sheriff, a compassionate judge known for his honesty, a trusted advisor to the King, and most importantly an engaged father. He excelled at the at which in the moment he was called to do.

This excellence in action can be juxtaposed to the conniving and compromising approaches of their adversaries, Cardinal Wolsey and Richard Rich. Wolsey would die in disgrace saying: 'If I had served God as diligently as I have done the King, he would not have given me over in my gray hairs.' More admonishes Richard Rich after he committed perjury apparently for public office (Attorney-General for Wales): 'Why Richard, it profits a man nothing to give his soul for the whole world...but for Wales?'

Don't be a Wolsey working his whole life for the wrong things; a Rich who would do so much for so little. Be a More. Be a Fisher.

They pursued excellence within a concept of trusting God's will, nothing more, nothing else. Having achieved extraordinary success, they demonstrated a remarkable willingness to let it all go in service to a higher calling. Neither man seemed more at peace than when confined to the Tower. It seems that the source of their peace was beyond their achievements; that their achievements might in fact reflect their set purpose to bring glory to God.

A (brief) vocational point: When More was a youth, he sensed he might have a calling to be a Carthusian monk. For three years while studying the law, he lived in proximity to the Carthusian monastery in London, attempting to discern whether he was called to the monastic life. Eventually he concluded he was not.

The quite different paths chosen by all these men merge in June 1535, in the Tower—the Bishop, Fisher; the former Lord Chancellor, More; and the monastic Carthusians. Upon seeing the Carthusians being led to their execution through the Tower window, More exclaims to his daughter: 'Lo, does thou not see Meg, that these blessed fathers be now as cheerfully going to their deaths as bridegrooms to their marriage?' This parallels the sentiment of John Fisher, who on the day of his death, dressed up in his finest and told his servant that this was his marriage day. But when death came to More in June 1535, he was reunited with the Carthusians, who also went to their deaths.

...Similar sentences were imposed on both Fisher and More. Essentially that 'you are to be drawn on a hurdle through the city of London to Tyburn, there to be hanged till you be half dead, after that cut down yet alive, your bowels to be taken out of your body and burned before you, your privy parts cut off, your head cut off, your body divided in four parts, and your head and body to be set at such places as the King shall assign.'

"Mercifully" the King commuted each sentence to beheading.

We all know More's response. G.K. Chesterton referred to More as 'the man who died laughing' which resonates with then Pope John Paul II's description of him sixteen years ago almost to the day when he declared More Patron of Statesmen and Politicians: 'There was "harmony between the natural and supernatural which enabled him to live his intense public life with a simple humility marked by good humor even at the moment of his execution."' 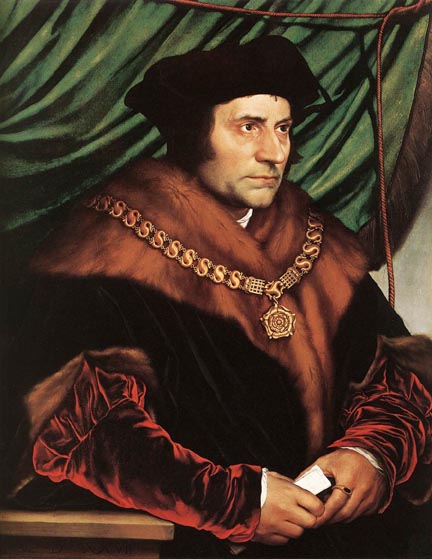 More asked his executioner for help up the steps of the scaffold, telling him he would see his own way down. He warned him of his short neck and asked that he strike clean. He kissed the executioner and told him 'Thou will give me this day greater benefit than ever any mortal moan can be able to give me.' He recited Psalm 51 which begins 'Have mercy upon me, O God, according to thy loving kindness.'

And of course, he uttered the famous line: 'I die the King's good servant and God's first.'

I doubt that any sentence uttered by any person of that time is more remembered today.

But the last day of John Fisher's life is little known.

In the early morning hours of June 22, around 5 a.m., the Tower Lieutenant came to Fisher with good news and bad news. The good news was that the King in his mercy had commuted his sentence from all that hanging, cutting, bowel removing, burning and dividing to simple beheading. The bad news was that it was going to take place at 9 a.m., a mere four hours later. Fisher's reaction was to thank the guard and then said he would go back to sleep for a little while.

Fisher's life of virtue led him to respond to the news of his imminent execution by taking a nap!

As we have seen, at nine, he got up, dressed in his finest clothes, telling his servant that this was his marriage day and 'it behooves s therefore to dress for the solemnity of that marriage.'

He then took a copy of the New Testament, crossed himself and went down to the courtyard to await the sheriffs. He opened the New Testament at random and read from John 17(3-5): And this is eternal life, that they know you, the only true God, and Jesus Christ whom you have sent. I glorified you on earth, having accomplished the work that you gave me to do. And now, Father, glorify me in your own presence with the glory that I had with you before the world existed.

He closed the book and remarked: 'Here is learning enough for me even to my life's end.'

At the scaffold, he told the gathered people that he died for Christ's holy Catholic Church; asked God to save the king and the Realm; and prayed that he may hold his holy hand over it and send the king good counsel.

He then knelt and sang the Te Deum and prayed Psalm 31.

Fisher was then beheaded, stripped, left naked overnight, and thrown in a shallow grave the next morning. His head was 'parboiled' and set up on the London Bridge. Two weeks later it was taken down and thrown in the river to make room for the head of Thomas More.

A difficult place to end—two heads on a pole—when all along it has been my hope to present these men to you in an attractive way as lives worthy of imitation. But maybe this is a good place to end. For when all is said and done, we stand where More stood when warned that the wrath of the Prince is death; 'Is that all my lord? Then in good faith, there is no more difference between your grace and me, but that I shall die today and you tomorrow. For a man may lose his head and have no harm.'

And that is a message for all seasons."

How do Thomas More and John Fisher inspire you, personally? Does their courage enflame your own? Have you sought their intercession before? 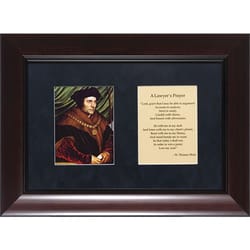 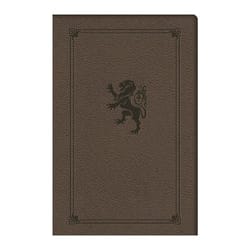 Gail says
Aug 23 2019 6:15PM
I have never sought their intercession but now I do for South African Government.
Click to view comments