When we think of Adam and Eve today, we usually only think of them in relation to the fall of man. Most people don’t realize that they are honored as saints. Yet Catholic tradition has taught that Adam and Eve experienced profound contrition for their sin after they disobeyed the command of God. We are told that, after being expelled from the Garden of Eden, they lived lives of repentance and holiness.

Indeed, devotion to Adam and Eve was particularly strong in the Middle Ages in many parts of Europe, with Catholics celebrating their feast day on December 24th. In many ancient European churches of the Eastern Rites, their statues stand alongside those of the saints.

When they committed the original sin, trust in God died in the hearts of Adam and Eve. They abused their freedoms, fell from innocence and grace, and hid themselves in their guilt.

In contrast, Our Lord and the Blessed Mother placed their complete trust in the will of God. They pursued His will with obedience and love and obtained for us the grace of redemption.

There are many parallels and comparisons that present Christ as the “New Adam” and Mary as the “New Eve.” Just as Adam and Eve’s disobedience had tragic consequences for the human race, so the obedience of Christ and Our Lady restored our relationship with God. While Adam was “the father of all mankind” and brought death to all men because of his sin, so through Christ we are given new life. While Adam broke the first covenant with God, Jesus established the new covenant that led to our reconciliation with our Creator.

Similar comparisons exist between Eve and Mary. Just as Eve was the “mother of all the living,” Mary became our Mother—not by nature, but by grace. Our Lord gave her to us from the Cross. While Eve’s disobedience brought sin into the world, Mary’s obedience was the channel for our redemption.

To highlight the beautiful reality of Jesus and Mary having reconciled mankind to God—thereby atoning for the sin of our first parents—the feast of Adam and Eve was celebrated on December 24th. This brought the message of Advent full circle, reminding people of the reason for the Incarnation.

The Tree of Paradise Becomes the Christmas Tree

To commemorate the Feast of Adam and Eve, it became a tradition in the Middle Ages to perform a “Paradise Play,” which depicted the story of creation and the fall as described in the book of Genesis. A “Paradise Tree” represented the tree in the garden of Eden and was central to the play. People would hang apples on the tree, to symbolize the fruit eaten by Adam and Eve in the Garden. The play ended with the promise of the birth of the Savior through the Incarnation. Historical accounts and letters from Germany and France show that many people were decorating their trees with colored paper, roses, apples, sweets, and gold foil by at least 1605. In 1848, Queen Victoria’s German husband, Prince Albert, put a Christmas tree in Buckingham Palace. That brought the “Christmas tree” tradition to England.

In the 1880s, written articles and personal letters describe the addition of blown glass balls to trees in Germany, after a fraternity of glass blowers began decorating their trees with hand-blown ornaments.

In summary, what we recognize as the “Christmas tree” today comes from the tradition of the Paradise Tree.

Fascinating Symbols of Our Redemption

Both the Feast of Adam and Eve and the Paradise Play served to deepen the experience of—and increase the excitement for—Christmas Day. The history of this feast and its traditions is a fascinating part of Church history.

How fitting that this unique feast day and its Paradise Tree can serve as reminders of the bondage of our first parents, while symbolizing our joyous redemption through the arrival of our Savior, Jesus Christ.

Did you know that Adam and Eve have been honored as saints? If not, were you surprised, and why? Tree of Life Rosary
Recommended for you 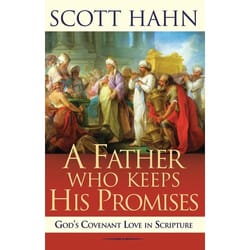 A Father Who Keeps His Promises: God's Covenant Love in Scripture
Recommended for you 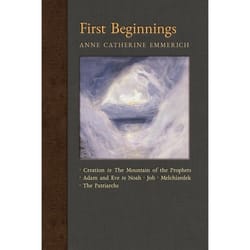 First Beginnings: From Creation to the Mountain of the Prophets