St. Sebastian was an undercover Christian for most of his life. He was born into the nobility and joined the Roman Imperial army to keep his cover as a typical noble pagan so that he could minister to persecuted Christians. He moved through the ranks of the army and quickly became a captain of the guard and an imperial officer.

Sebastian spent much of his time encouraging and converting countless prisoners of the Roman army. He was a gifted healer—using the Sign of the Cross—and also converted his fellow soldiers, as well as the governor of Rome. Saint Sebastian was eventually caught and martyred for his faith.

WHAT MAKES ST. SEBASTIAN SO SPECIAL?

Sebastian was discovered to be a Christian when he converted the Roman governor, Chromatius, to Christianity. Upon his conversion Chromatius resigned from his post and freed sixteen fellow converts from prison. Roman Emperor Diocletian came to the conclusion that Sebastian was a Christian and ordered him to be tied to a stake in a field and shot to death by arrows. Sebastian endured the arrows and was soon to die until St. Irene of Rome recovered his body and succeeded in nursing him back to health. 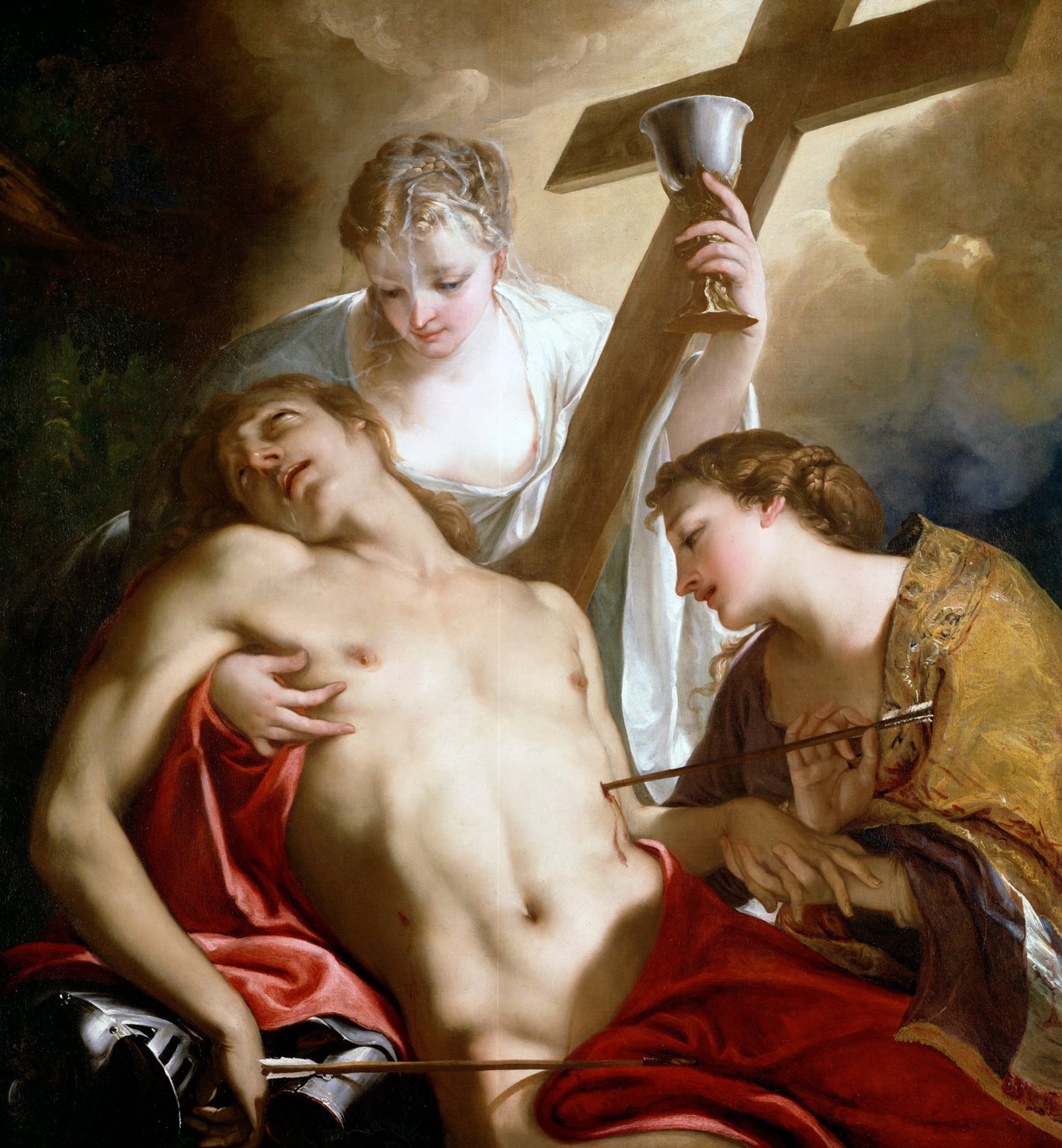 How did Saint Sebastian respond to being healed? He marched up to Diocletian and preached the Gospel to him! Diocletian was shocked to see the man he thought was dead presumably come back to preach to him in the middle of the day.

It's one thing to survive an attempted martyrdom and go on living your life, but it's another thing to turn around and preach to the man who signed your death warrant!

The story doesn't end there, as if the story isn't marvelous enough! Upon preaching to Diocletian, St. Sebastian was ordered to be martyred again! And this time he was to be beaten to death with clubs and his body tossed into the sewers. Diocletian was certainly not prepared to have St. Sebastian return once more.

Saint Sebastian was an incredible healer, evangelist, and model Christian soldier. He was martyred in 288 A.D., and his feast day is celebrated on January 20th. 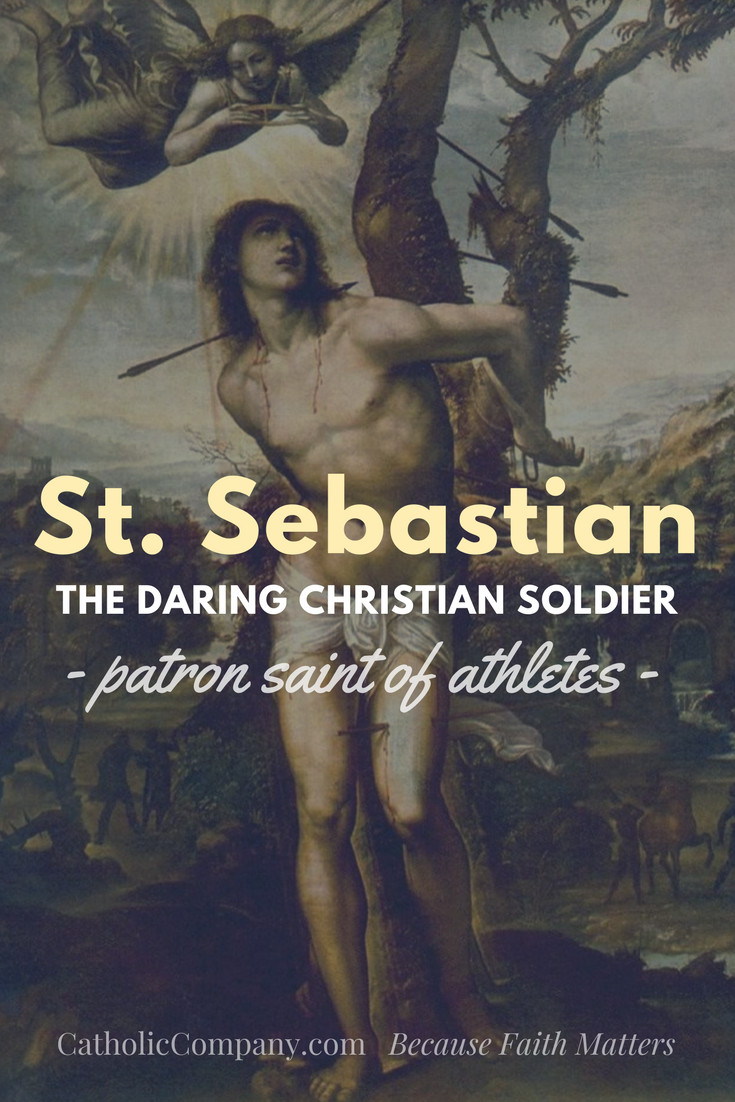 This article has been updated and was originally published in January 2012. © The Catholic Company. All rights reserved. 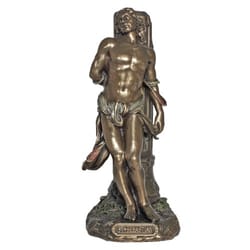 St. Sebastian Statue 8''
Recommended for you 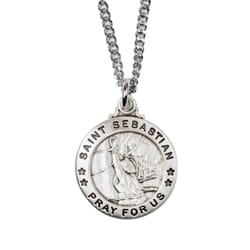 Jazzy says
Jan 20 2020 9:33PM
Dear St Sabastian thank you for being one of God's chosen, a saint. Please pray that may health will get the lift that I need in life even if I'm not a sports buff. Ease help me to keep my health stable and in good condition. Bless my mother because she couldn't get through with the phone calls as she is always important in my life to talk with her...and bless my dad he worked so hard to give me what I needed in my life if their is anything missing in life then its probably not meant to be or not important to me. Thank you so much God for listening to my petitions and to st Sebastian he is very powerful and has a loving and peaceful vibe in my home AMEN in Christ AMEN

maz says
Oct 24 2018 7:13PM
this article was really cool and i hope there will be more to help me with homework

Asia batteaste says
Sep 30 2018 2:32PM
Hey my Asia and i really loved this article i had a question on my test and i typed it up and it lead me to this article and i really love it. It gave me great information but i just have one question once he got killed the second time(gotten beaten to death and thrown in the sewers) did he come back to life again?

Ashley Osmera says
Oct 1 2018 4:40PM
Hello Asia - If I recall correctly, after being shot by arrows Sebastian was on the verge of death but made a (rather miraculous) recovery. So I don't believe he actually died from the arrows. On the second attempt of martyrdom, Sebastian was indeed killed, and went to receive his heavenly reward.

If yes then can I get the script.

We need to perform it as a stage play in school.

Ashley Osmera says
Aug 1 2018 2:57PM
Nikki- Unfortunately, we don't know for sure! He is one of the ancient martyrs, and as the martyrs' lives were cut off so suddenly, oftentimes we don't have complete or detailed information about the practicals of their lives.

John Delima says
Jun 20 2018 8:15AM
I loved this article but how old was St Sebastian when he died

Ashley Osmera says
Jun 20 2018 9:41AM
Hi John, because St. Sebastian was an early martyr, we don't have his exact date of birth and death, making it impossible to know exactly how old he was when he died. However, he is most commonly depicted as a young man in the prime of his youth.