Patron Saints for the Pro-Life Movement

One of the most fundamental moral teachings of the Catholic Church, which has come into stark conflict with the spirit of the world today, is the God-given sanctity of all human life from conception to natural death.

From the Catechism of the Catholic Church:

2270 Human life must be respected and protected absolutely from the moment of conception. From the first moment of his existence, a human being must be recognized as having the rights of a person - among which is the inviolable right of every innocent being to life.

2271 Since the first century the Church has affirmed the moral evil of every procured abortion. This teaching has not changed and remains unchangeable. Direct abortion, that is to say, abortion willed either as an end or a means, is gravely contrary to the moral law.

2272 Formal cooperation in an abortion constitutes a grave offense.  The Church attaches the canonical penalty of excommunication to this crime against human life.

2273 The inalienable right to life of every innocent human individual is a constitutive element of a civil society and its legislation:

"The inalienable rights of the person must be recognized and respected by civil society and the political authority. These human rights depend neither on single individuals nor on parents; nor do they represent a concession made by society and the state; they belong to human nature and are inherent in the person by virtue of the creative act from which the person took his origin. Among such fundamental rights one should mention in this regard every human being's right to life and physical integrity from the moment of conception until death."

"The moment a positive law deprives a category of human beings of the protection which civil legislation ought to accord them, the state is denying the equality of all before the law. When the state does not place its power at the service of the rights of each citizen, and in particular of the more vulnerable, the very foundations of a state based on law are undermined....  As a consequence of the respect and protection which must be ensured for the unborn child from the moment of conception, the law must provide appropriate penal sanctions for every deliberate violation of the child's rights."

2274 Since it must be treated from conception as a person, the embryo must be defended in its integrity, cared for, and healed, as far as possible, like any other human being. . . .

In modern times, the widespread rejection of such a fundamental truth sparked the faithful to start the pro-life movement. This movement seeks to protect and advocate for the human rights of the most vulnerable and innocent among us–especially the unborn, who have become the victims of attacks in the public square, both politically and culturally.

SIX SAINTS FOR THE PRO-LIFE MOVEMENT

Six saints shine as guiding lights for Catholics who have the duty to respond to these contentious moral issues. The holy men and women listed below are noted for their heroic witness to the sanctity of human life and the necessity to protect unborn children. 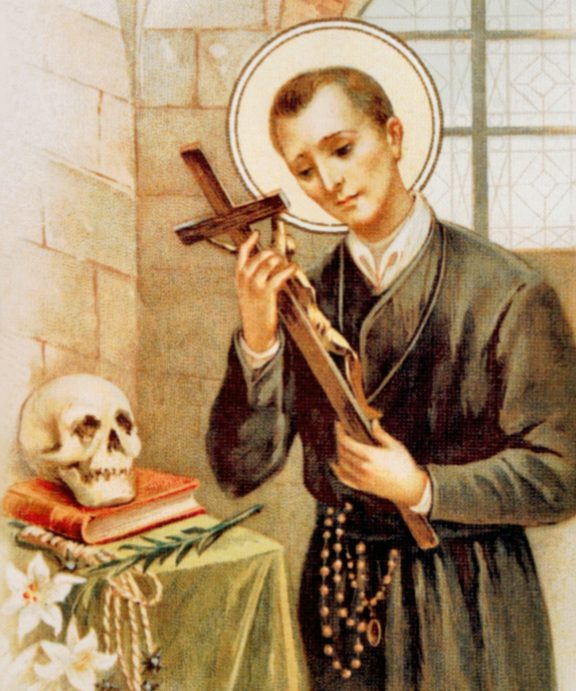 St. Gerard Majella (April 6, 1726 – October 16, 1755) was a Redemporist lay brother who, as a young man, was falsely accused by an unwed mother of fathering her child. His virtuous response amidst the public pressure of this damning accusation led to him being the patron saint of pregnant women, mothers, childbirth, unborn children, and the pro-life movement. Read his remarkable story here: St. Gerard and the Hidden Power of Silence. 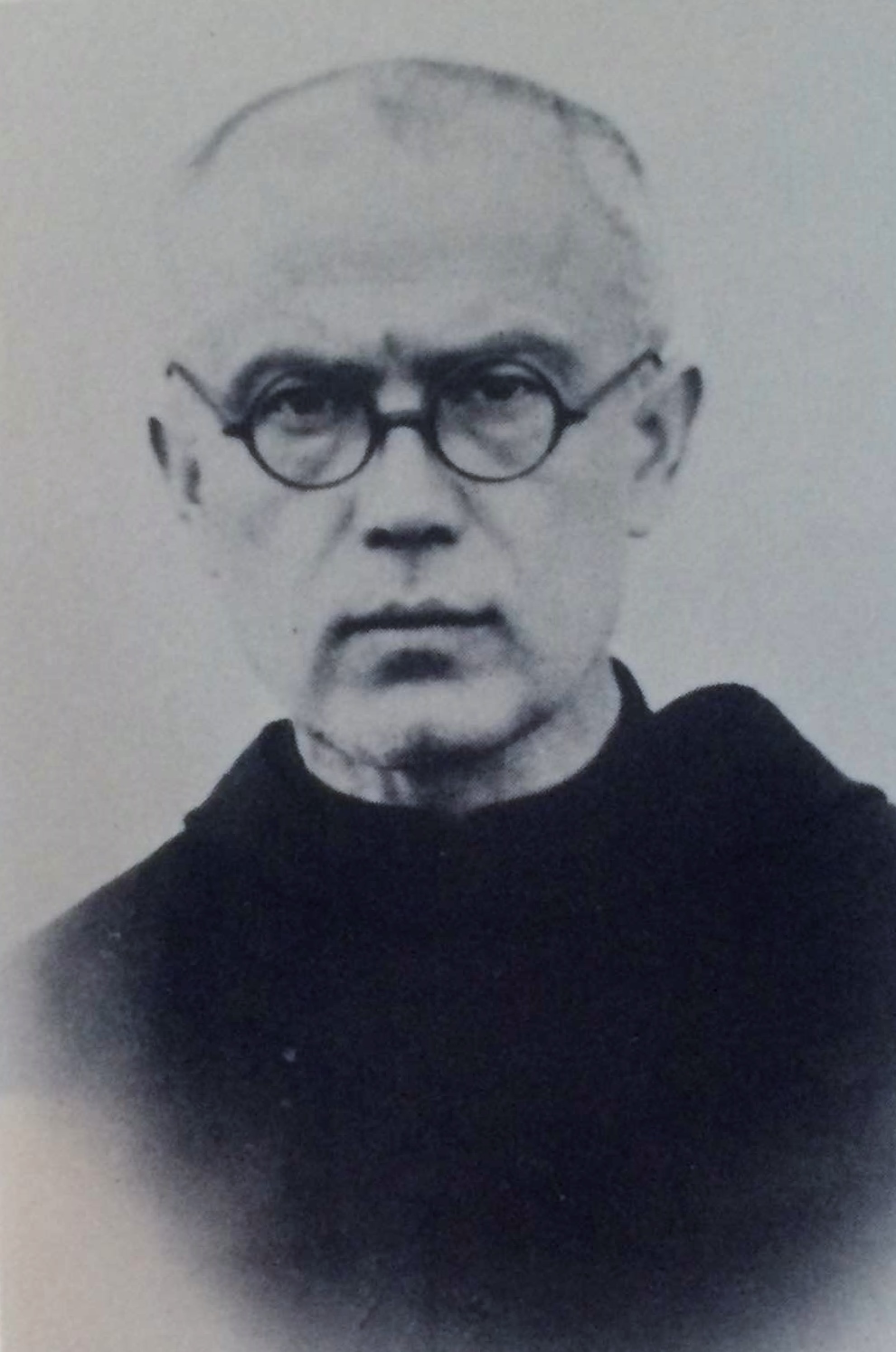 St. Maximilian Kolbe (January 8, 1894 – 14 August 14, 1941) was a Polish Franciscan friar and priest who lived during the terrible years of the World Wars. Because of his work resisting the Nazi regime and Freemasonry through the publication of a successful newsletter, he was sent to the concentration camp at Auschwitz. There he was subjected to special abuse because he was a Catholic priest. When a fellow prisoner (with a wife and children) received a death sentence, Father Kolbe offered to take his place; he was starved for two weeks in the starvation bunker, before being killed by lethal injection. Read his incredible story here: St. Maximilian Kolbe: Mary’s Martyr for Christ 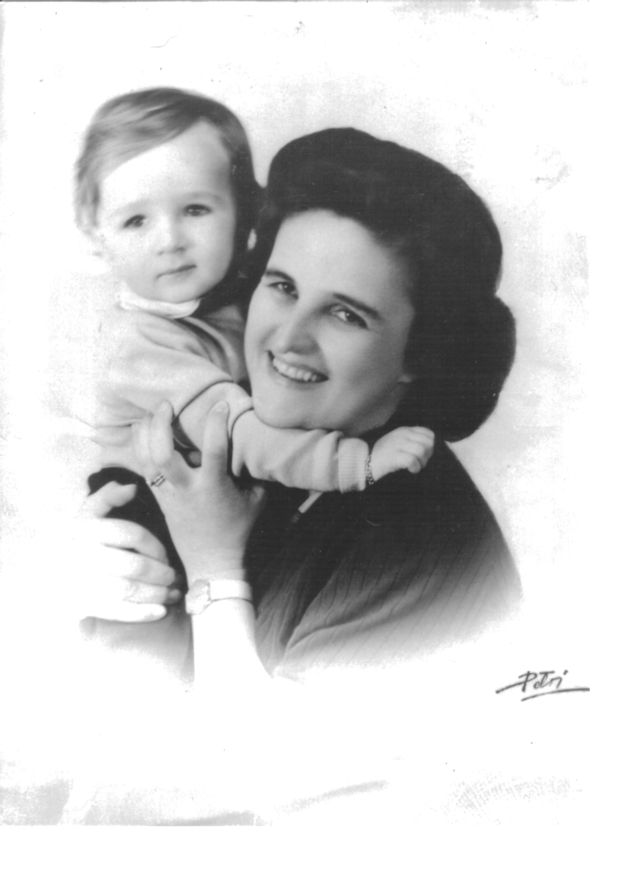 St. Gianna Beretta Molla (October 4, 1922 – April 28, 1962) was an Italian doctor, wife, and mother, and a devout Catholic. When she suffered life-threatening complications with her fourth pregnancy, she was given a choice by her doctors to abort her child, which she refused. She chose the most difficult of her medical options, which was to undergo a risky surgery in an attempt to save both her life and the life of her child. Read her admirable story here: St. Gianna Beretta Molla: A Modern Mother’s Heroism. 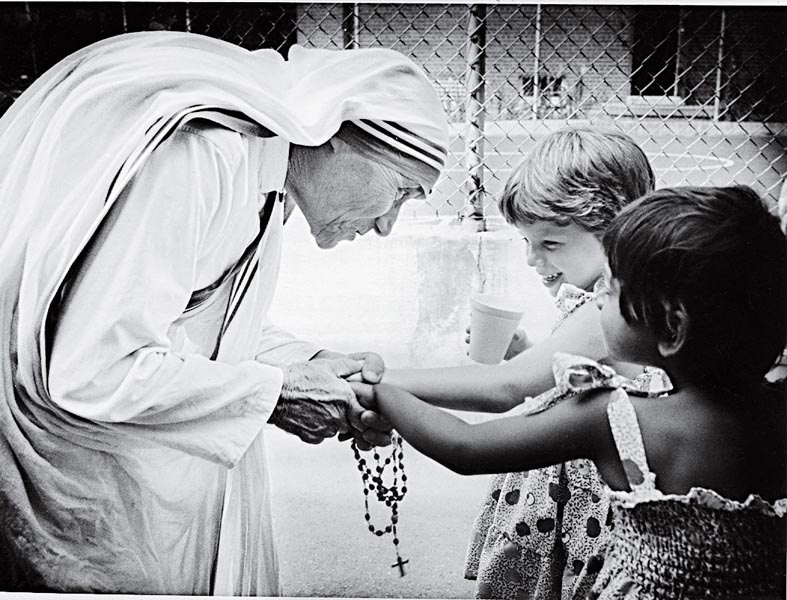 St. Mother Teresa of Calcutta (August 26, 1910 – September 5, 1997) was a courageous nun who started her own religious order to serve destitute people in one of the most poverty-stricken areas of the world. She became an international figure for her heroic work, fighting for all human life to be respected in a world inebriated with materialism and indifference. She was a fearless advocate for the unborn, and opened orphanages to care for unwanted children and help get adopted by loving married couples. Read how she encouraged one overwhelmed mother here: The Day My Mom Ran Into Mother Teresa When She Needed It Most.

5. Our Lady of Guadalupe 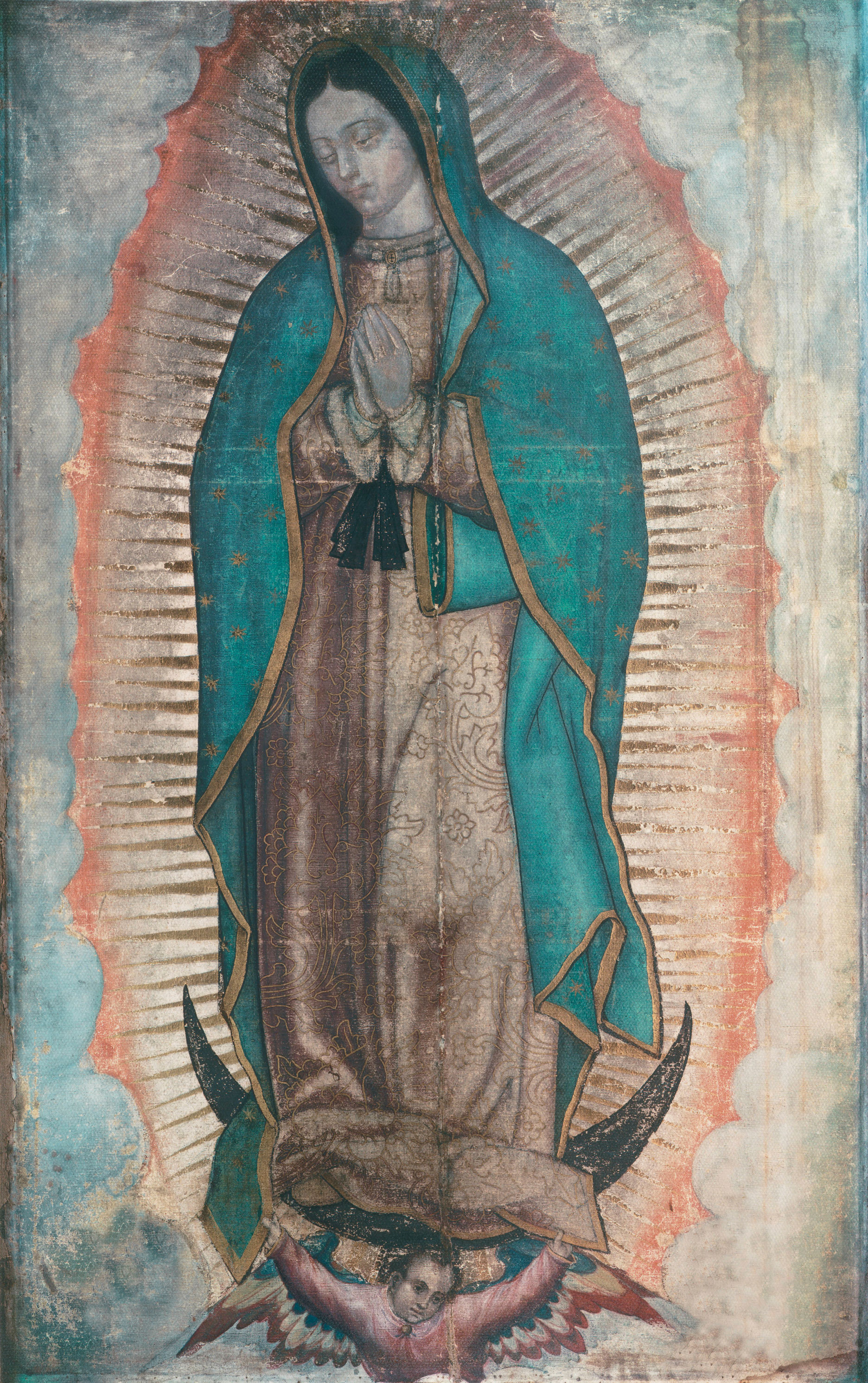 Our Lady of Guadalupe is the world-famous apparition (which took place on December 9, 1531) of the Blessed Virgin Mary to an Aztec peasant, St. Juan Diego, in what is today Mexico City. Our Lady appeared to St. Juan Diego as a young and pregnant Aztec princess, indicated by the sash she wore high around her waist. The Blessed Mother's appearance to a people deeply rooted in demonic human sacrifice rituals forever changed the course of history in that country. Millions of native Mexicans converted to the Catholic faith, which put an end to their human sacrifice. Because abortion is a modern-day human sacrifice, Our Lady of Guadalupe is the patroness of the pro-life movement. Read more about the miraculous image which converted millions of Aztecs here: Our Lady of Guadalupe Feast Day Facts. 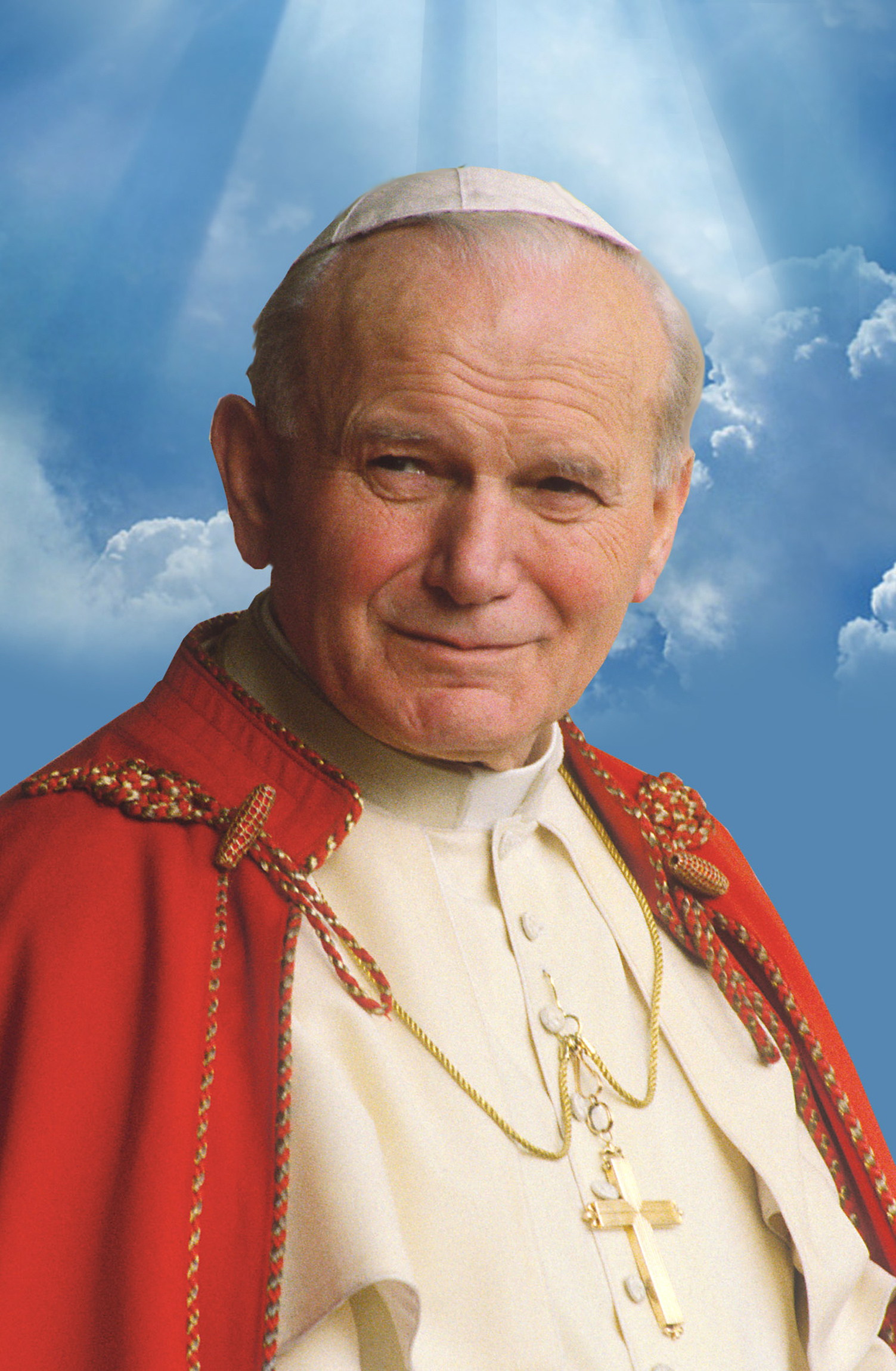 Pope St. John Paul II (May 18, 1920 – April 2, 2005) was a Polish youth who received an underground seminary education during the oppressive occupation of Poland during the years of World War II. He was elected bishop while the Communist regime ruthlessly gripped his country. He personally witnessed the horrible trampling of basic human rights by the Nazis and others. When he was elected pope, one of the central themes of his pontificate was to protect and promote respect for human life from conception to natural death. He especially defended the unborn as abortion rates increased rapidly across the globe. Pope St. John Paul II became a champion for the pro-life cause with his many exhortations and papal encyclicals which admonished the world and educated all people regarding the sanctity of all human life.

May these saints intercede for us from heaven in the global fight to protect the human rights of unborn children! 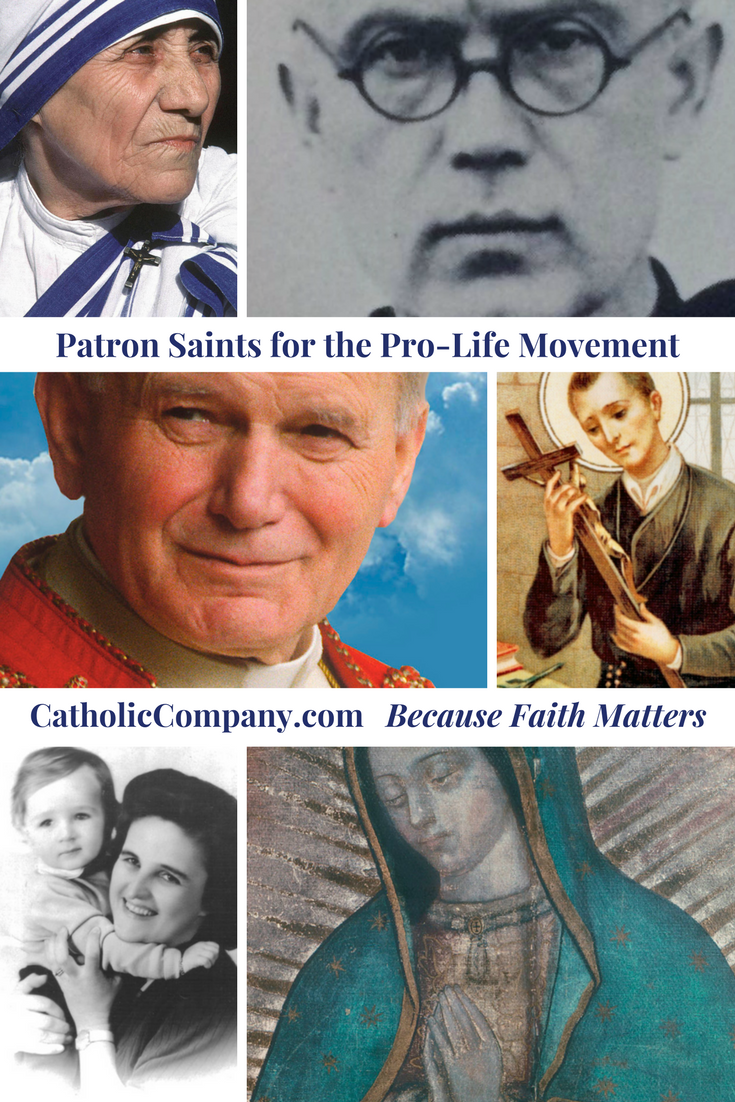 all the unborn. May all human hearts be softened and filled

with a burning desire to protect these helpless little humans.

Peggy Boonr says
Jan 26 2017 1:06PM
All wonderful saints. Prayers for all those marching tomorrow in Washington DC at the Walk for Life
Click to view comments