Today is the feast day of one of the most popular saints throughout the world, St. Nicholas.

What Do Catholics Really Believe About Purgatory?

Purgatory is probably one of the most misunderstood Catholic doctrines today, and many do not believe that it really exists. In this article I'm briefly going to cover the biblical foundation for purgatory, what purgatory is, and the history of purgatory in the Catholic Church.

Monica was married to a pagan man of violent temper and her son, Augustine was practicing the heretical Manichaeism sect along with leading a very immoral life. This caused Monica great anguish and pain.  Through her great patience and constant prayers along with her examples of  kindness, Monica was blessed with  the conversion[...]

St. Dymphna: The Courage of a Teenage Irish Girl 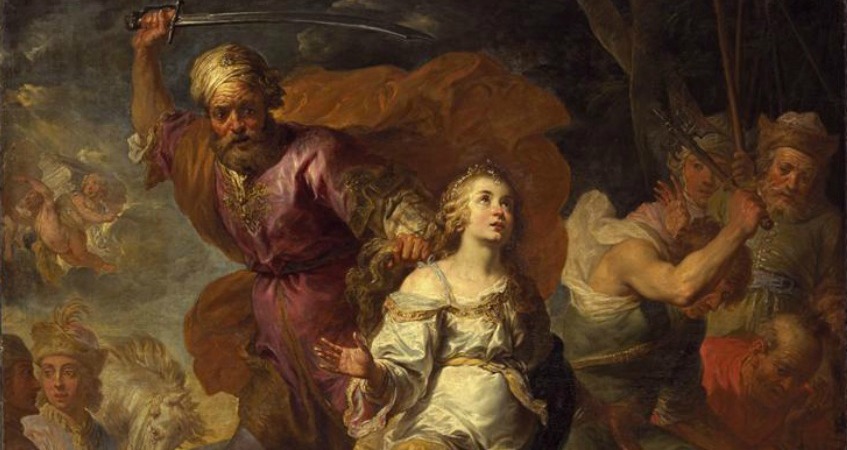 May 15 is the feast day of St. Dymphna, a young woman of great courage. She is the patroness of the mentally and emotionally ill and other nervous disorders. How did this come to pass? Read the incredible and heart-wrenching story of St. Dymphna below.

St. George was a soldier in the Roman army before being martyred in the fourth century. Unfortunately, little else is known about his life with certainty. Throughout history many songs, stories, poems, and hymns have been written about Saint George, and this has led to some of the confusion between what is fact and what is ficti[...]

St. Bernadette of Lourdes and Her Lessons on Suffering

Though often associated with healing, St. Bernadette has an important lesson to teach us about suffering. She endured sickness throughout her life. As a child she suffered from severe asthma and was weak and sickly. Added to that was the pain that being a visionary caused her---the jealousy, suspicion, and rejection of others.[...]

St. Joseph: Patron of Fathers, Families, and the Universal Church

Although we have no words spoken by Joseph recorded in Scripture, the stories of his life, upon reflection, reveal much. From Scripture we can see that Saint Joseph was a righteous man who demonstrated the virtues of compassion, faith, and love of Jesus. He shows his compassion in that he planned on divorcing Mary quietly when h[...]

St. Patrick is well-praised and celebrated for his missionary work in Ireland. He spent around forty years converting the native Irish who were entirely pagan and druidic prior to his arrival with his missionaries. This was his calling and his life’s greatest work, which was blessed by God. St. Patrick is clearly a model evangel[...]

A Quick Guide to the Symbols of Irish - Celtic Jewelry

Ireland is home to some of the most intricate and interesting art known in human history. Attributed to the ancient Celtic people, it is mysterious and rich in meaning with sign, symbol, and metaphor. Due to Ireland's embrace of Catholicism centuries ago, it is not surprising that many of these symbols were given new and deeper[...]

St. Sebastian was an undercover Christian for most of his life. He was born into the nobility and joined the Roman Imperial army to keep his cover as a typical noble pagan so that he could minister to persecuted Christians. He moved through the ranks of the army and quickly became a captain of the guard and an imperial officer.