9 Saintly Modern Lay Women To Inspire You Throughout The Year

Who are the first five women who come to mind when you think of female saints?

(Take a moment to name those five before continuing to read.)

When I stopped to consider five female saints, I thought of St. Therese of Lisieux, St. Teresa of Avila, St. Teresa of Calcutta, St. Agnes, and St. Clare. (I'll be honest, I'm on a bit of a "Theresa" kick right now!)

If you go back over the list that you just made, there's a good chance that the majority of the saints you picked were religious sisters. Four out of my five were!

In fact, I think it's safe to say that the majority of women saints most familiar to us were members of religious orders, who lived in cultures and circumstances vastly different from our 21st-century lives.

Don't misunderstand me. I dearly love the women religious saints of history and their timeless wisdom. But at times I've found myself discouraged and frustrated when I search for holy lay women from whom I can glean wisdom and inspiration in living out my current lay state of life.

At least, I felt that way until I was walking through The Catholic Company warehouse just before Christmas and stumbled across a pretty incredible book. 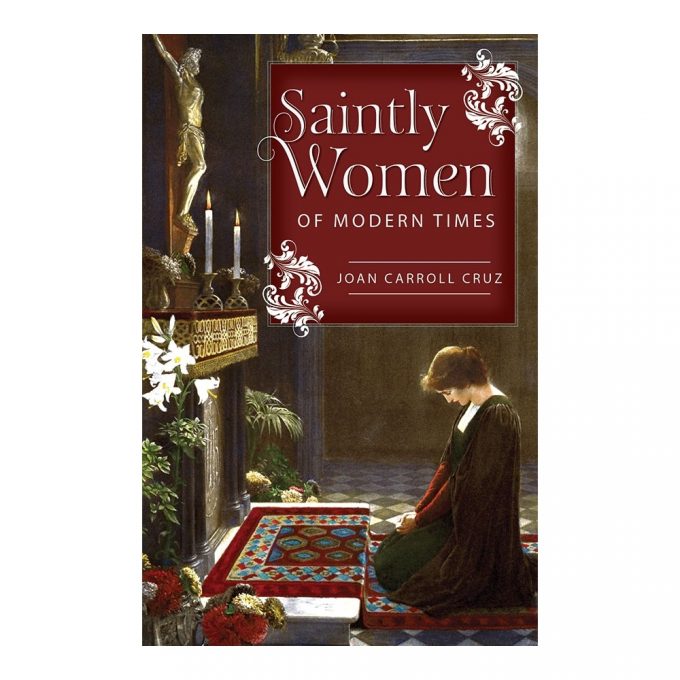 Saintly Women of Modern Times by John Carroll Cruz presents the stories of seventy-five Saints, Blesseds, Venerables, and Servants of God who were not only lay women—they also lived in the 20th century!

Below I share some details about nine of these beautiful women. Each of them loved God and everyone in her path passionately and heroically, all the while raising children, performing apostolic works, holding a variety of day jobs, or a combination of the above!

9 Amazing Lay Women to Inspire You This Year: 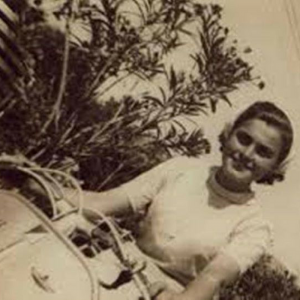 Carla was a young consecrated laywoman who worked as a tailor and led many youth programs and catechetical works. She suffered from both physical ailments and a “Dark Night of the Spirit.” In the midst of all of this, she proudly rode a motorcycle!

Dorothy began her adult life involved in Communism, love affairs, abortion, and picketing—which landed her in jail multiple times. Later, she converted to the Faith in the midst of a difficult relationship and pregnancy. She went on to found the Catholic Worker’s Movement and wrote more than four hundred articles for what is now the world-renowned publication The Catholic Worker.

Elizabeth was a wife and a gentle, powerful evangelist in her community. She suffered long years of countless illness, as well as severe persecution for her Catholicism from her husband, but was rewarded posthumously when he converted and entered the priesthood. 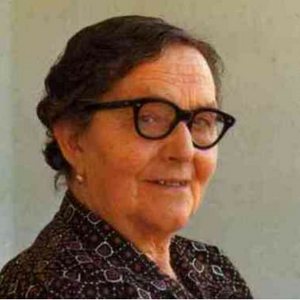 Elisabetta, dedicated wife and mother of twelve children, used both profound and humorous means to teach her children how to be practical, hardworking apostles. For example, when neighbors began bringing televisions into their homes, she instead gave her family these options for “TV channels”:

Channel 1 - Go to the first Mass; Channel 2 - Recite the Rosary; Channel 3 - Make the stockings and mend the clothes; Channel 4 - Work in the stall; Channel 5 - Teach the lessons to the children and prepare for school; Channel 6 - Prepare the food; Channel 7 - Do the laundry, to dry and stretch; Channel 8 - Sing for joy; Channel 9 - Wish well to everyone; Channel 10 - So many jobs to do and never idleness for a moment!

Eurosia, known to many as “Mama Rosa,” became an apostle within her family and her parish although her religious education was mostly self-taught. Her heroic charity and serenity, fidelity to prayer, and dedication to catechesis surely contributed to the fact that of her nine children, three entered the priesthood and another three entered the religious life.

Fiorella served as the secretary for her father’s business after her mother’s illness caused financial strain for the family. As a young woman she founded two movements (one for girls and one for mothers) that promoted daily Mass, meditation, and adoration of the Blessed Sacrament. She also aided a great number of families by organizing a food drive for post-World War II evacuees in Italy. 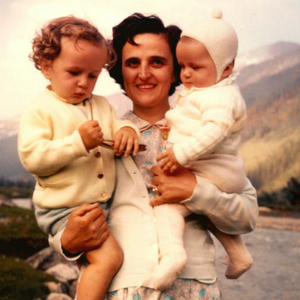 Gianna became a medical doctor and then a pediatric specialist despite struggling with her schoolwork for most of her childhood. She assisted both the bodies and souls of her patients, and would offer her services for free if the family was too poor to afford medical help.

She then became a wife and mother. During her last pregnancy a malignant tumor was discovered in her uterus. Fully aware of the possible consequences, she chose to have the tumor removed but continue the pregnancy with the possibility of many complications, instead of aborting. In the end, her daughter Gianna was born safely, but a terrible infection took Gianna's life. For the first time in Church history, a husband was able to attend his heroic wife’s canonization.

Hildegard became the first woman to study philosophy in Zurich, Austria, and was the first to serve on the local council in Vienna. After experiencing a medical miracle and spiritual conversion in her twenties, she founded the Catholic women’s organization Caritas Socialis, which worked to support endangered girls, unwed mothers, and exploited female workers. She suffered with severe kidney problems for much of her life. This disease finally claimed her life at age fifty.

Maria was given an intensive classical education as a girl. As an adult, she went on to become a lecturer and writer on topics such as religion, education, family, and the spiritual formation of children. She married and had four children, three of whom became priests or religious. During WWII she volunteered with the Red Cross and opened her home to refugees. She also used her passion for learning to help many young people attain a Catholic university education. A Prefect of the Congregation for the Causes of Saints paid Maria a beautiful compliment when he said that she and her husband “made their family an authentic domestic church.”

Although this gives only a brief glimpse into the lives of nine saintly women, I encourage you to take these women's examples of holiness to heart and find beautiful, daily inspiration from them as you begin this new year!

Click here to purchase this fascinating book and receive inspiration from all seventy-five laywomen and their stories.

Was there a story mentioned here that particularly struck you or inspired you?

Please share your thoughts with us in the comments below! 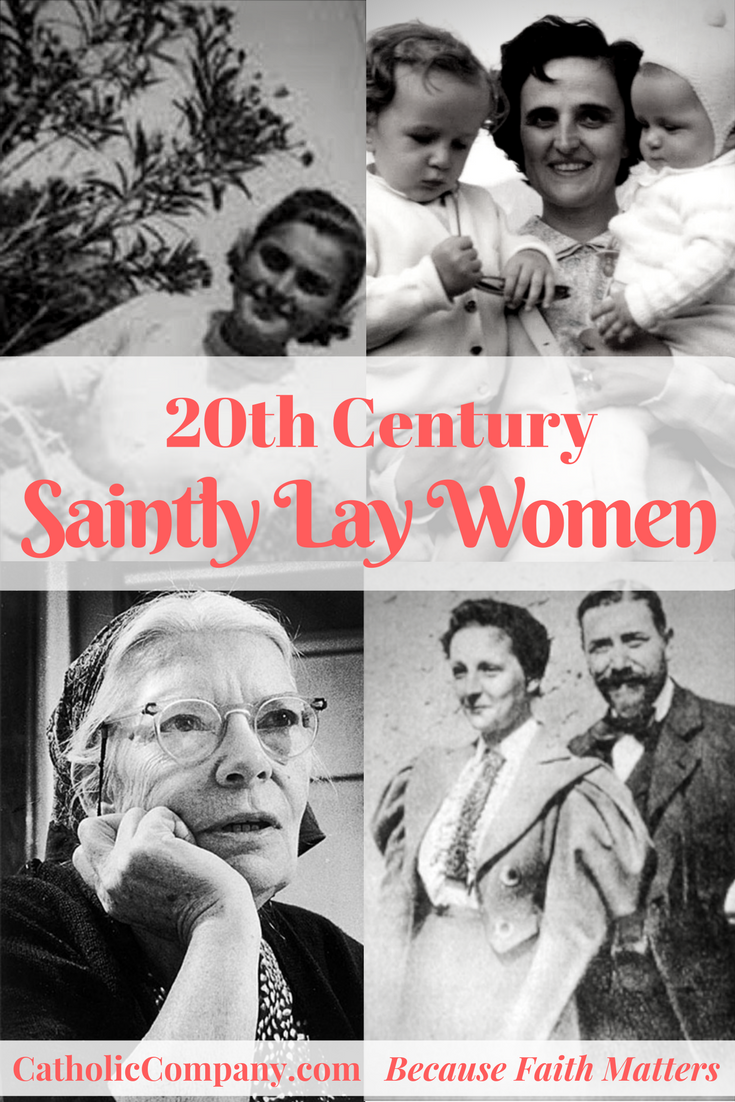 Mary says
Jan 28 2018 1:57PM
Great article and fantastic topic. Thank you. I had never heard of Blessed Maria Corsini Quattrocchi prior to your article and will be looking for more information on her because of it. Blessings!

Tanya Chin says
Jan 23 2018 5:35PM
St. Gianna Beretta Molla's story really moved me. All these wonderful women but my heart really went out to St. Gianna. God bless her and all these amazing women.
Click to view comments